We’re excited to bring you our next Content Update, “Sacred Lamb” with major additions to the gameplay, a new end-game challenge, changes based on your feedback, and, of course, bug fixes! 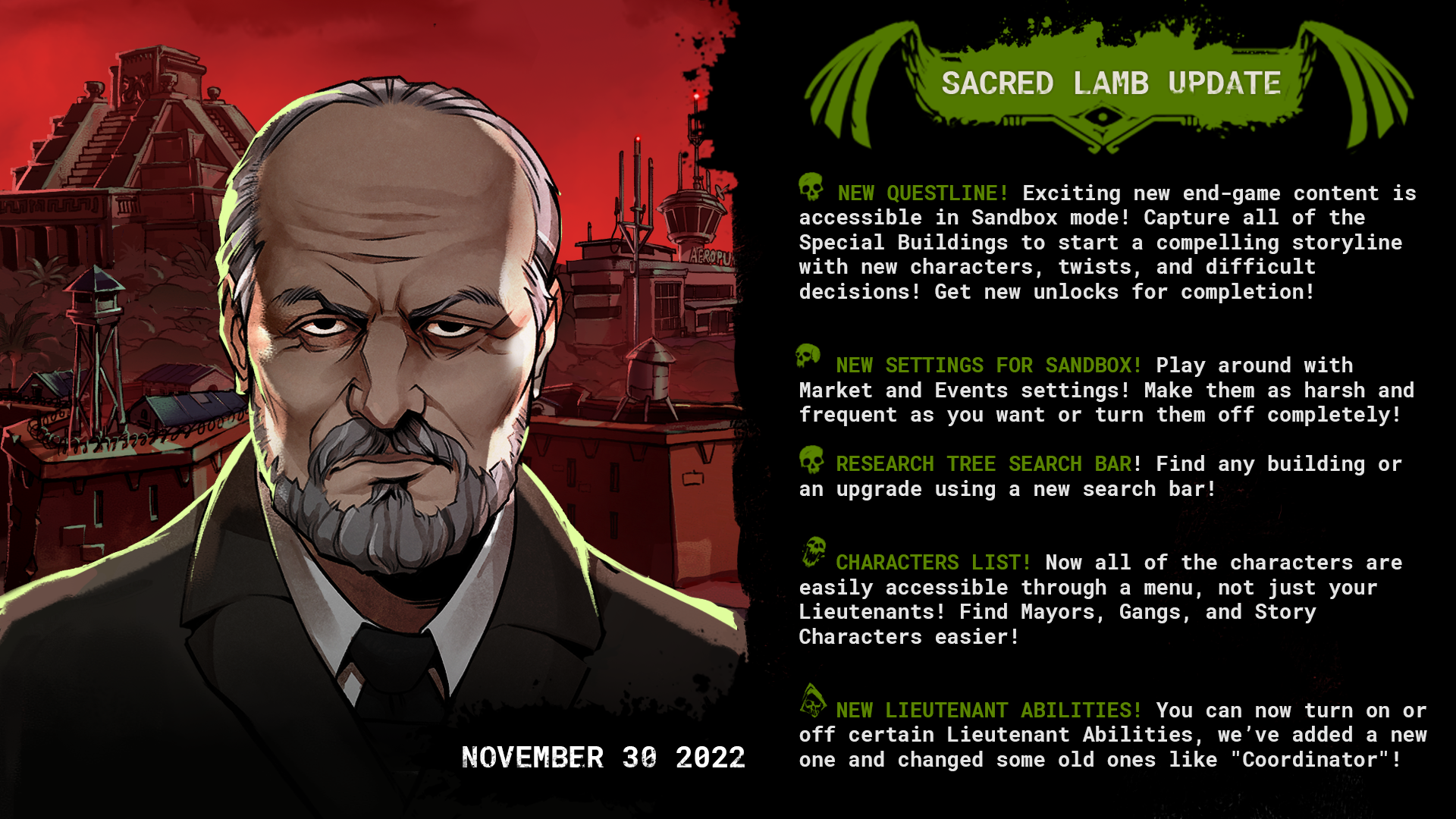 A New Questline. Exciting new end-game content is accessible in Sandbox mode! Capture all of the Special Buildings to start a compelling storyline with new characters, twists, and difficult decisions! Get new unlocks for completion!

New Settings for Sandbox! Play around with Market and Events settings! Make them as harsh and frequent as you want or turn them off completely!

Character List! Now all of the characters are easily accessible through a menu, not just your Lieutenants! Find Mayors, Gangs, and Story Characters easier!

Other Updates and Changes