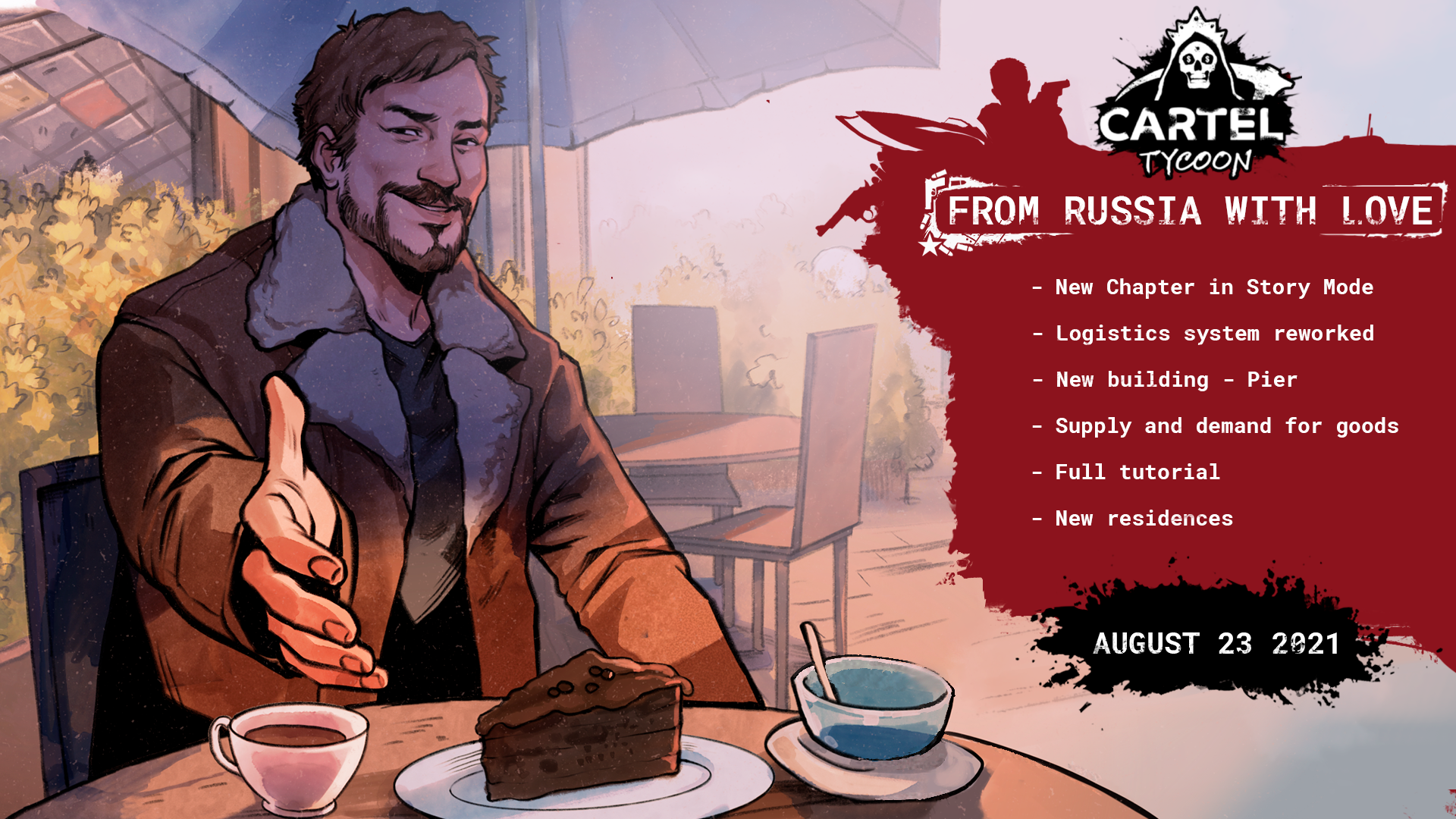 Introducing new characters, storylines, and a finale that will grant you awesome prizes to unlock! A massive update for story mode with at least 8 hours of new content and with high replayability.

Collectors Residence allows players to upgrade their lieutenant's cars. Castle Residence gives Capo a helicopter. It moves without the need for any roads.

Capture and upgrade Piers around the Cartel Tycoon Map and transport your goods in a new way!

Supply and demand for goods

Now your playstyle will affect the prices of illegal goods on the market!

Complete the tutorial to understand the basics of Cartel Tycoon!