Cartel Tycoon 1.0 is here! Download the latest patch and enjoy the full release! 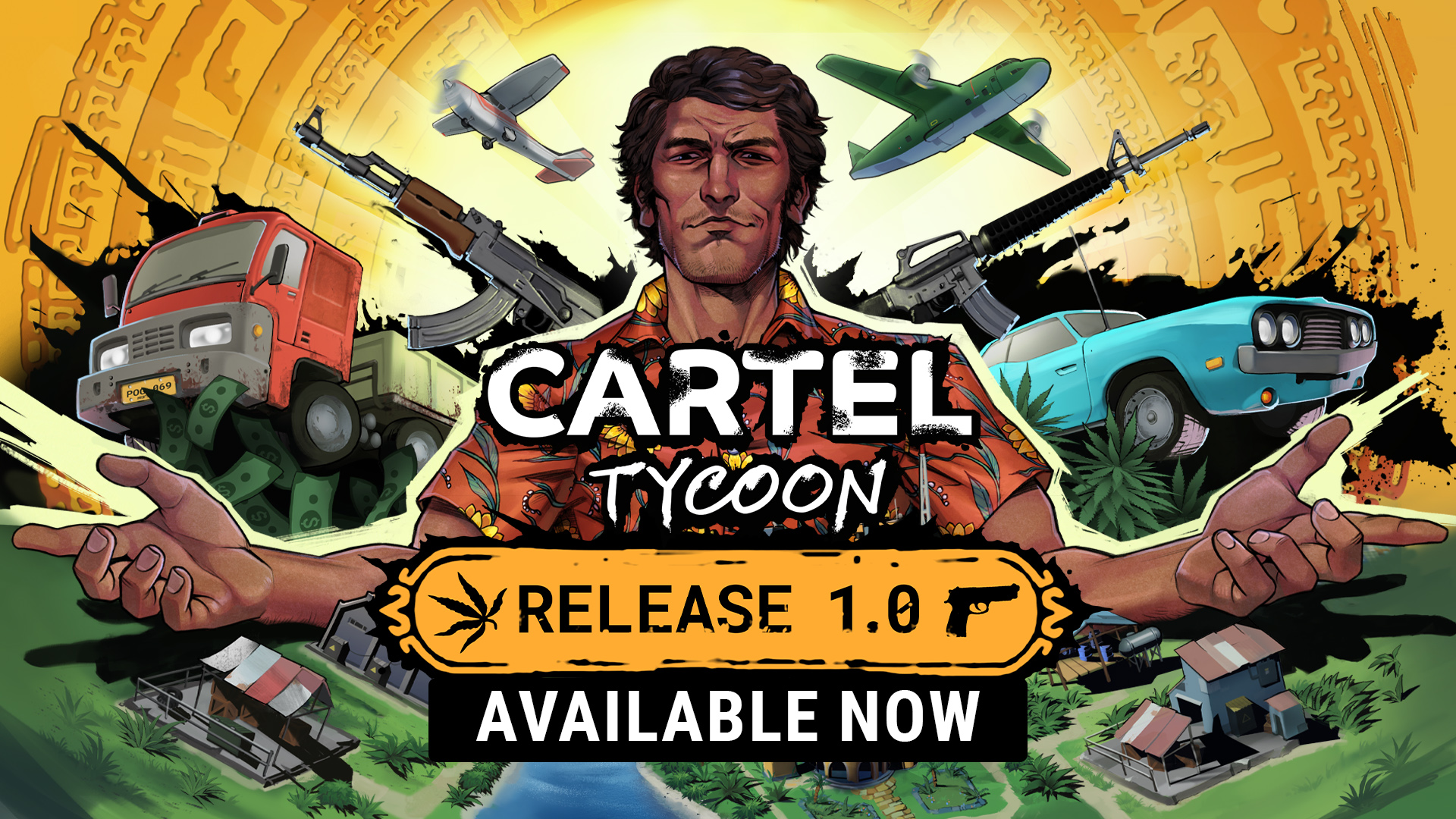 Special Buildings are in the game: Prison, Airport, Indigenous Territory, Guerillas, and Military Base have been

activated, and now you can use them! Each Building introduces new quests, new mechanics, and unique characters!

Loyalty Scale Rework: Bonuses added to Loyalty Scale. Loyalty now lowers with time; if it reaches zero - your Capo will

die! Each playthrough starts with a positive Loyalty level.

Unique Mayor Quests: Each city now has a pool of unique quests.

Global Unlocks Rework: Now any Lieutenant that becomes a Capo in your game will become a Starting Capo. But some

Multiple changes to the region visuals. Now Neutral and Enemy Regions have different colors and look prettier than

Gang leaders/gangs occupy enemy cities. Each gang has a leader. You can talk to leaders, make agreements to buy or

sell products and safely transport Dirty Money through their cities without giving them a cut. Enemy Gangs will

react to players' actions across the regions. Players will have multiple ways of defeating a gang.

Added Quest Panel. You can now pin quests or hide them from the screen.

You can now reroll Lieutenants available for recruitment.

Resource Finder that helps to quickly locate and visualize resources and dirty money in your buildings.

Added Time speed x5, for those who can’t wait!

Thank you for being on this journey with us